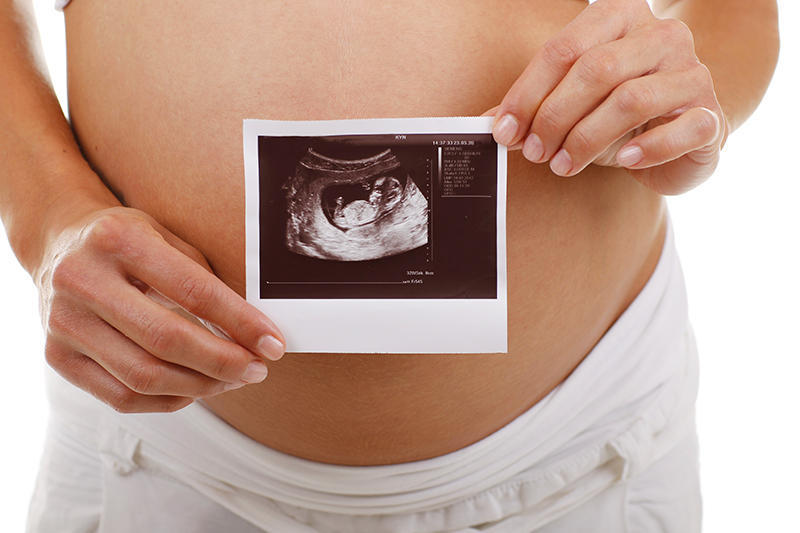 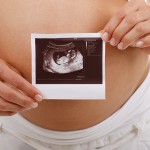 High tech equipment takes the guess work out of uncertainties such as when am I due to give birth? Is my baby a girl or a boy? Am I having twins?
State-of-the-art gadgetry can sort this out and put your mind at ease but occasionally even medical equipment misses the mark.

Not so many years ago, before the introduction of sophisticated ultrasounds so exact you can see a fetus’s eyelashes, gestational age was guesstimated.

How to Figure Our Your Due Date
Even in this day and age of let-the-ultrasound figure-it-out, a woman should still know the standard rule of thumb for determining when she is due to give birth. It requires a little math and knowing when you had your last menses.

At a pregnant woman’s first doctor’s appointment she will be asked the date of her last menstrual period. The date of the last menses is used to calculate expected due date (EDD) of the baby.

If, for example, the woman’s last period started on September 10, she counts forward nine months or counts back three months. That puts her at June 10. Now she adds a week (seven days) and this denotes her due date: June 17.

Another way to determine EDD is to add seven days to the last menstrual period (September 10 plus seven days = September 17) and subtract three months. Once again, you land on June 17th.

The doctor has a ‘pregnancy wheel.’ Using it, the due date is determined (approximately) by adding 280 days, which is equivalent to nine months and seven days, to the first day of the LMP (last menstrual period.) The Pregnancy View app has a due date calculator similar to the wheel and it is free to use (for Apple devices click here for Android devices click here).

The most accurate way of establishing or confirming gestational age up to 13.6/7 weeks is an ultrasound. Pregnant women also undergo physical examinations to determine gestational age and are given the human chorionic gonadotropin test. HCG becomes demonstrable in a woman’s blood and urine between six and four days after fertilization.
Women usually, but not always, get pregnant between the 11th and 21st day after their menstrual period. A pregnancy typically endures for 40 weeks from the first day of the last menses.

Of course, this is an estimate. Babies have a way of coming when they’re good and ready. Only five percent of babies are born on their due date.

MacDonald’s Rule
The doctor generally measures the pregnant women’s abdomen, which helps the physician determine gestational age. The woman is measured from the public bone up over the top of the uterus to right below the breasts. (The ideal time to calculate gestational age is between the eighth and 18th week of pregnancy.)

MacDonald’s Rule is also called Fundal Height, which is the measure of the uterus, determining fetal growth and development. Dr. Gerard M. DiLeo’s rule of thumb is for every finger’s width above the belly button the fundal height reaches, a week of gestation can be added.

Fundal height is usually palpable at 20 weeks so if the physician notes via touch the fundal height reaches three finger widths above the belly button, the patient is approximately 23 weeks pregnant. This technique can only be used between the 15th and 25th weeks of pregnancy.

What is Full Term?
Previous generations of mothers-to-be were told by their physicians a full-term pregnancy lasted between 37 and 42 weeks. However, The Obstetrics & Gynecology journal published a new definition of ‘full term’ in 2012 and it is much narrower than before.

The optimal time for giving birth is now considered to start at 39 weeks. Babies arriving two weeks prior to 39 weeks are now judged ‘early term’ and those arriving one week after 39 weeks are deemed ‘late term.’ Based on empirical evidence, babies born at 39 to 40 weeks do better than those who are born prior to that or after 41 weeks.
The change in terminology was made to discourage doctors from scheduling medically uncalled-for deliveries by C-section or induction before 39 weeks.

Scheduled C-Sections
There are various reasons why a woman ends up with a C-section; sometimes she knows in advance she is going to have one, particularly if it is her second child and her previous baby was born this way. Some women do successfully have a VBAC, which is a vaginal delivery after a section, but others opt not to attempt this or are advised by their physician not to go this route because of the potential risks, such as uterine rupture.

All too often C-sections are scheduled to accommodate the doctor’s timetable or even the mother’s and this certainly isn’t the best or safest approach.
When a C-section is scheduled too early, this can lead to problems for the baby. The best time to deliver an infant by C-section is seven days before its due date, notes the New England Journal of Medicine. Babies delivered prior to that may experience breathing problems. Caesarian babies inherently have a higher risk of breathing problems than those infants delivered vaginally because labor assists in clearing the infant’s lungs of fluid.

Signs a Baby is Overdue or Premature
When a baby goes past his due date, which doctors try to avoid nowadays, his skin may be red, dry, peeling and stained with meconium because he has had a bowl movement. Often there is very little amniotic fluid because the fluid has been used to thin the meconium the baby passed before birth. Meconium is thick and tacky. There is no sign of vernix cream on the baby’s skin. Vernix, a cheesy-like substance, protects the baby’s body from amniotic fluid. The fingernails may be long, dry and peeling.
On the other hand, a premature baby has paler, pinker and supple skin that is not peeling or dry, and there is ample amniotic fluid during the birth process. Vernix, which is a thick, white, greasy-like cream, as well as ‘down’ or excessive hair, called lanugo is present. The fingernails are short.
The right-on-time baby has supple, pink skin with a small amount of vernix cream apparent in the body creases. There is very little or no excess hair on the body and the fingernails are long.

In Conclusion…
Whether it’s your first or fifth baby, talk extensively with your physician. If you disagree with the predicted due date, say so. It is your job to advocate for the health of your baby and yourself.

If you think your C-section has been scheduled too early, speak up. Ask the doctor to give you a comprehensive explanation of why a particular date has been selected.
If they say it’s because they are going on vacation … not an acceptable reason.