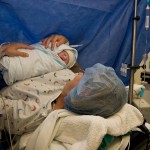 Since the beginning of time, women have been giving birth. It’s the circle of life, and a special experience that grants us the forever pass into motherhood, which for some of us is a lifelong dream. Before I became a mother, I always pictured in my mind that I would have a natural childbirth, and if I couldn’t stand the pain any further, then I would ask for the epidural to ease my labor pains.

Well, that didn’t happen to me. After what was a normal pregnancy, with some serious morning sickness for several months, I was diagnosed at 5 months pregnant with Oligohydramnios — a condition where I had low amniotic fluid levels. After being constantly monitored, and having read almost any book or article online about the “miracle” of childbirth, I was told that I would have to have an emergency c-section at 40 weeks, on St. Patrick’s Day. I remember being scared, obviously, because I’d never had a surgery before except for when I was a little kid and could barely remember. And a cesarean section is not some tiny snip-snip where you’re done in a flash. It’s a major surgery, as any other woman who’s had one knows.

From the time that your baby is delivered, and you’re laying there in uncertainty with a sheet high in the air from the neck down, you see your baby for what feels like a millisecond before off to recovery you go. And recovery is scary, because it’s not like you are in a room full of loved ones, telling you what a “terrific” job you did. Your baby is not in the room with you getting cleaned up and ready to bond with you just minutes later. You are sitting there, unable to move your legs, most likely with a pounding headache and feeling incredibly woozy from the pain meds and epidural that’s hooked up to your back. Oh, and you can forget about your modesty or being nervous about your body, because 5 minutes before this you were strapped down to an operating table completely naked in a room full, and I mean full, of medical personnel. So, it’s a humbling experience to say the least.

Recovery lasts approximately four long, grueling hours, where you are constantly monitored and poked and prodded, before you steadily regain your bearings and are transferred to your room. Then finally, you can see your baby that you’ve just spent the past 9 months of your life dedicating yourself to again. Which is of course in a room full of people that have come to see you, all eager to hold the new baby. Although the first time this happened to me, because it’s been twice now, I can remember it like it was just yesterday.

Women who have had c-sections don’t get to experience childbirth the same way as other mothers do who deliver vaginally. For myself personally, and I know I can speak on behalf of others like me, I felt robbed, defeated, jealous, emotional, and at times even angry. This was not what I wanted for my journey, the finale to my pregnancy that I had given my everything to was taken right before my eyes. Instead I had this, a borderline terrifying/humiliating/strange experience to share with others. And the first wasn’t so bad. The second one was the scariest thing that’s ever happened to me in my life.

Regardless of how we get there, whether it’s labor that won’t progress, fetal distress, medical complications, or anything serious that leads us to a cesarean section, things aren’t the same for us mothers. We wear our badges of honor, but at times, we feel confused about how we got there. Not to sound crazy, but as a woman and a very tough one at that, I wanted to know what it felt like to push a baby out of my body. Seriously, I did. I’ve always wanted to experience childbirth, and have that feeling like a warrior princess who just went to battle. I felt like I became slightly depressed about it, and didn’t want to talk about my birthing experiences with anyone for fear of being judged.

For women who haven’t had cesarean sections, they wouldn’t understand. It’s not that they lack empathy, although some do with their blindingly judgmental comments, it’s one of those things that you cannot truly understand unless you’ve actually lived it. My second experience was so traumatic, literally the definition of the word, that it left me beyond distraught and I wouldn’t even tell my closest family exactly what happened until months later. They weren’t there at the hospital, because everything happened so quickly it was a whirlwind where time was of the essence if both mother and child were to stay alive. I don’t wish that on anyone, ever. The words “life changing” come to mind if I even think of it to this day, nearly 3 years later.

With my third child set to arrive in April, I’m mentally preparing myself for my pregnancy grand finale, and what is to be the very last of my “child birthing” experiences. I’ve already been strictly instructed that a VBAC is beyond out of the question, so my surgery date has been scheduled for April 20th, but will most likely be sooner due to other reasons. But like my other two children, I hope this one has a mind of his own, because I secretly believe that every baby has the right to choose their own birthday.

It’s the least they deserve for giving us the greatest gift of all. 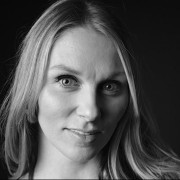