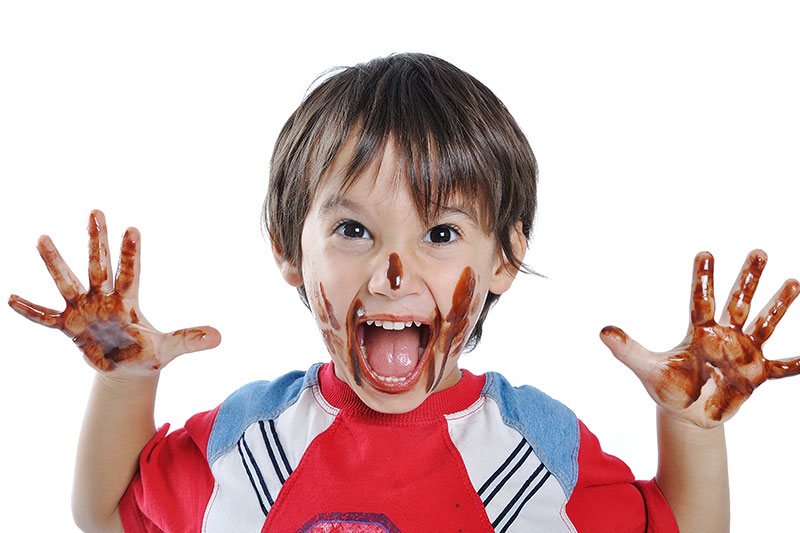 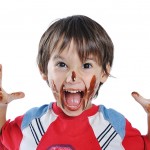 I recognized the smell the second I hit the stairwell to go upstairs and get my two year old son up from his nap. Having young children, I’ve grown accustomed to the smell of poop, and I knew it was not uncommon for my son to dirty his diaper during his afternoon nap. But something about today smelled different…. Stronger… As I opened the door, I saw it. After somehow stripping off his clothes and removing his soiled diaper, my son used its contents to “paint” his walls. His Picasso style carried over to his toys, his carpet, and yes, he even decided to smear it all over his body like war paint. As I stood speechless in the doorway, trying not to gag, he came running over, gave me a huge hug, and looked up at me beaming with pride.

Raising boys is not for the faint of heart.

I never really contemplated what raising a son would look like. I always imagined I’d have daughters. Most of my obsessive/obnoxious parenting thoughts focus on my daughter: is she developing a strong sense of self confidence, are we reading enough, am I setting positive examples about body image and self worth, am I exposing her to a wide range of experiences and encouraging her to branch out into STEM activities? I hadn’t given a lot of thought to the challenges of raising a boy. But raising boys is a whole new ball game…

My son was half way up a ladder to our second story roof before I noticed he was no longer on the play set on the opposite side of our yard. When he spilled a cup of juice, instead of waiting for me to reattach the lid, he simply got down on his hands and knees and began licking the juice off the floor. He dives head first off the couch, climbs up the bookshelves, and routinely runs full speed into walls, over and over and over again… He won’t sit in a shopping cart, he rarely stays on the sidewalk, and I can probably count on two hands the number of times we’ve taken him out to dinner because he is fairly unruly in public. He routinely sneaks away into the bathroom, climbs in the bathtub fully dressed, and turns the water on. I’m convinced he thinks “No” means “Yes” and I even had his hearing tested because he refused to acknowledge me or follow my directions. Turns out he can hear just fine, he’s just choosing to ignore me. Sometimes I get extremely nervous taking him to the zoo because I’m terrified he’ll find his way into an animal exhibit (although sometimes I secretly think he belongs in the zoo). He’s loud, he’s perpetually dirty and he is a never-ending ball of energy. He’s a rare hybrid of the Energizer bunny and wrecking ball.

Raising a boy has been one of the strangest and craziest experiences I’ve ever had. It is absolutely nothing like raising my daughter, who also finds my son’s behavior shocking. We never know what he is going to do next… We just know it’s going to be messy and probably expensive.

Don’t get me wrong, I love my son. He is one of the best things that has ever happened to me, and I couldn’t imagine my life without him. Every day he challenges me to be better mom, mostly because I have to be ridiculously on top of my game or he’s going to accidentally set my house on fire. While my long term parenting goals include raising him to be the kind of gentleman I’d want my daughter to date, I’ve had to alter my short term goals to focus on keeping him out of the emergency room.