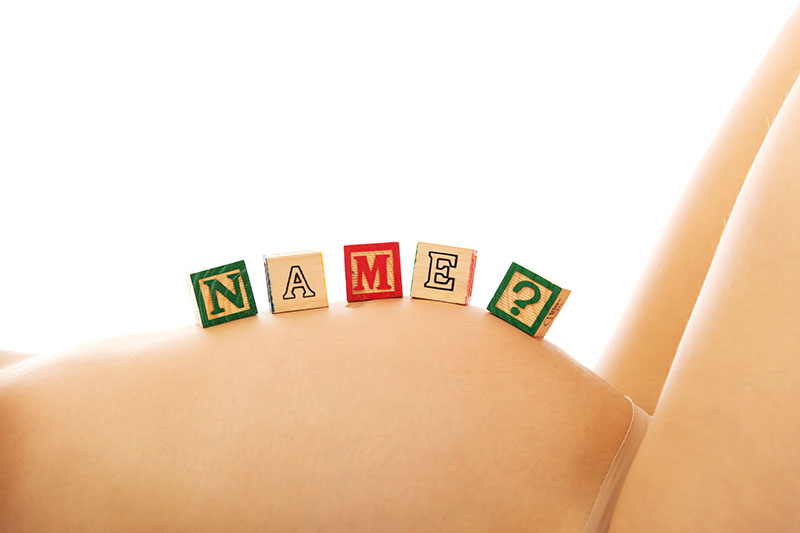 When I look at my two children, I couldn’t imagine naming them anything other than their current given names. These names so obviously fit their personalities, and no other name could possibly work for either of them. Looking back, I can’t believe we spent so long debating names…

But oh did we debate names…

When it comes to picking baby names, couples run the gambit when it comes to choosing the right name. There are just so many factors to consider! Did we want something popular or something unique? What would the initials look like? Did we want our child to go by his or her full name, or a shortened version, or initials? Did we know someone with a name, therefore making it unacceptable, or conversely, awesome? Did anything about this name make them an easy target for teasing or bullying at school? Did we want to use family names, and if so, whose family? With so many choices and considerations, it’s amazing couples EVER decide on a name.

My husband and I had the discussion about hypothetical baby names before I got pregnant. We both had names we liked, and we had made a general consensus on a boy name and girl name. Then I got pregnant, and we (see I) threw those hypothetical names out the window. For some reason, actually having a baby changed the discussion completely. When we found out we were having a daughter, I immediately insisted on a name my husband and I had never previously discussed. It was my great-great grandmother’s name, and I just knew it would be perfect for my daughter. Granted, I had never met my great-great grandmother, but the idea of using a mid 1800’s name with a family connection deeply appealed to me. That, and I fell in love with the name the second I heard it. My husband agreed without much discussion. We used his mother’s middle name for our daughter’s middle name, and that was the end of the conversation.

On the other hand, naming my son was a huge nightmare. When we found out we were pregnant with child number one, we had a boy named picked out. However, when we found out child number two was a boy, we (see I) immediately discarded that original name. What followed were several months of indecision. Major indecision. We’d “try on” names for weeks at a time. We had a list of about six and we’d rotate through them. Some names we’d really like for about two weeks, and then decided they just weren’t right for us. Finally, during month number nine of my pregnancy we settled on a name I was satisfied with. I ordered name decals for his room and started personalizing baby things.

And about three days before I gave birth I changed my mind. That name was not going to work. I don’t know what I was thinking. Down came the decals, off came all the personalization. My husband thought I had officially lost my mind.

When I was in labor and we were driving to the hospital, my husband asked me if I was sure about the name. I was. We went with the original name we picked – the boy name we picked out when I first got pregnant with my daughter. The name I so quickly discarded when I found out my second child was a son. We went with my father’s name for our son’s middle name. And I only hesitated slightly when filling out the birth certificate forms at the hospital.

Were these the right names for my children? Yes. Would any of the names we discussed be the right name if that was the name I ultimately settled on? Probably. While I occasionally hear stories about people changing their child’s name, I don’t personally know anyone that has gone so far as to legally change their child’s name once the child is born. I know plenty of people who waited until their child was born to pick a name. They wanted to meet their child, test out the names, and see which one fit best. I know a handful of people who waited several days after the birth of their child to officially pick a name, but everyone always picks a name eventually. And I never hear about people regretting their choices.

How did you eventually decide on the “right” baby name? Was it an easy decision or one that took months of contemplating? What was the deciding factor for the name you ultimately picked?