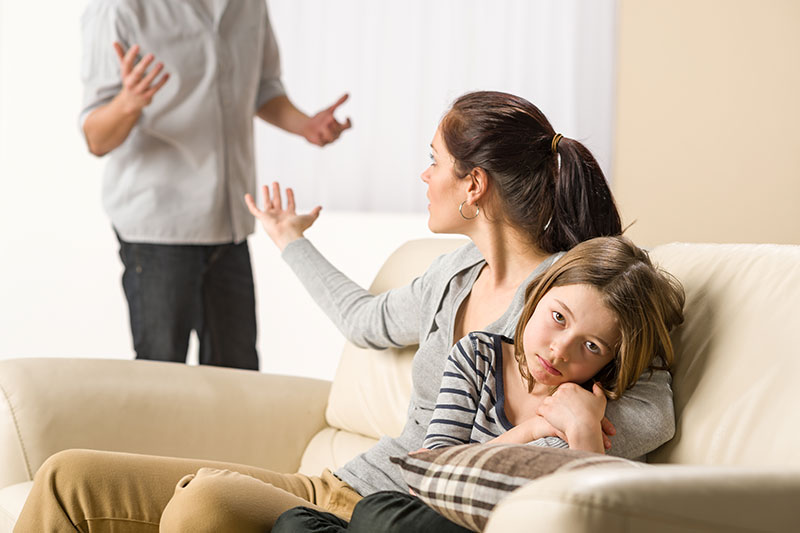 What’s the top way to ruin a relationship and the kids in one fell swoop?

How many ways can you think of to ruin a marriage or relationship in no time flat? Pick your poison – there are multiple landmines capable of doing in a relationship –but one of the top offenses may be a conflict over how to raise and discipline children.

It gets especially hazardous in merged families: Her kids, his kids, our kids. Your new husband or partner may not discipline his children the way you do. Heck, he may not discipline them at all. Or, you may be the one who is lax when it comes to doling out punishment.

It’s a little easier in a family where there is a mom and a dad and they jointly raise their child but even then don’t count on always agreeing with your partner about child rearing issues.

“It was just a little bit of dog poop and I didn’t let him. He painted with it without asking, dear.”

Early in your marriage/relationship, ideally before any kids arrive, sit down and discuss your thoughts on child-rearing and discipline. This is something many couples never do until it’s too late and they’re headed for divorce court and the kid’s in juvenile detention center.

Kids aren’t stupid. If they know mom is the tough cop and dad is the softy, or vice versa, they will take advantage of this. One of their tricks is to act up by creating an argument between the parents, which takes the spotlight off them and results in a whole other set of issues.

However, if they get the same treatment from both parents this puts an end to this tactic. It no longer works. As hard as it might be, parents, present a united front. If you need to duke it out, do it later, privately, but not in front of the kid.

One way in which parents historically screw up is by threatening a consequence for the child’s bad behavior and then not following through. If you say you’re going to do it, do it. If you know your child values his phone or a certain toy, use that as currency. Sorry for your luck, son, but no phone or no access to the toy. That is the punishment. Stick to it.

If the rules stay the same it is simpler for a child to know in advance what the punishment is going to be for a certain transgression. If you keep changing the outcome, this is confusing for the kid. Just think of the mixed messages adults send if they can’t agree on a single, solitary thing regarding child-rearing and discipline and keep changing the punishment for the same crime.

As much as kids dislike being punished it is probably easier when they know what’s coming. He did the crime, now he’s going to do the time and he knows it. If the time is so bad the kid can’t bear it, that’s the best way to thwart repeat behavior.

Do that and lose my phone for a month? No way, Jose!

Some adults are hard-core disciplinarians by nature whereas others are more lenient and easy going. This is not a match made in heaven. Figure out a common ground. One of you may need to relax and the other may need to be a little more serious. Compromise, find a balance. No one ever said this was going to be easy.

Even if you believe the punishment doled out by your partner (without consulting you) is too harsh or too lenient, undermining this decision in front of the child is not wise. Talk privately with your partner about how the situation was handled. Express your disagreement with the penalty and how this can be avoided in the future. The adults in the family unit are supposed to be partners, not adversaries.
However, if your partner thinks beating the daylights out of the kids is fine and dandy, you may want to rethink this relationship (and quickly.) A swat on the butt is not the same as a beating and you should know the difference.