When thinking about adding another child to your family, the timing between pregnancies is something that many families consider as part of their decision. You may have an idea of how far apart you want your children to be in age, but there are other factors to think about than just simply whether your older and younger children will play well together. Pregnancy takes a toll on your body, and there are physical, emotional, and intellectual consequences to consider when deciding to have another child, and not just for you: the spacing between the children in your family can have an effect on the children, as well.

For you, there are many physical and mental heath consequences of carrying a child, and pregnancy has a major impact on your body. There are several risks involved in spacing children too close together, as you may not have had sufficient time to recover. Mayo Clinic notes that a pregnancy within 12 months of giving birth is linked with an increased risk of placental abruption (the placenta peeling away from the uterine wall prior to delivery), or the placenta attaching over the cervix.

The effects of this close spacing do not just affect the health of the mother, however: research considered by Mayo Clinic also suggests that a pregnancy within up to 18 months of giving birth is associated with low birth weight, small size, and preterm birth for the second baby. At the other end of the scale, having a baby 4+ years after your previous pregnancy also puts you at risk for labor and delivery complications, and a premature or underweight baby. A study performed by the Michigan Department of Community Health based on their Pregnancy Risk Monitoring System in 2012 determined that an interval of 18 to 24 months was optimal in terms of this spacing having the lowest number of negative outcomes for both mother and baby. The World Health Organization recommends an interval of at least 24 months after a live birth, to maximize positive maternal and infant health incomes.

While health for mother and baby are important factors to consider, many parents also look at whether or not the age gap will help their children to get along, or cause conflict. An age gap of less than 1-2 years may mean that both children can be treated in a relatively similar way, as they are both infants. Some interesting evidence published in the Creativity Research Journal in 2005 (Volume 17, Issue 1) also showed that closely-spaced children may result in the first-born child being more creative.

Another study performed by Notre Dame University in Indiana (Buckles and Munnich, 2012) found that a spacing of at least two years resulted in the older sibling performing better in math and reading than other first-borns who had a more closely spaced sibling. Mayo Clinic notes that another social consideration is the likelihood of autism: the closer the children are spaced, the higher the likelihood that the second-born child may have autism.

Another practical consideration is whether the children will get along: with closely-spaced children, they may play well together, but there is also the potential for conflict due to similar developmental stages and a desire for similar toys and games. A larger age gap may prevent conflict as it avoids these issues, and the younger child may look up to the older child for guidance and assistance more readily than those closer in age.

Family planning is a personal choice, and there are numerous factors to consider. While there are health risks involved with closely spaced pregnancies, you may also need to consider the age of the mother and other factors that are personal to you and your family. Furthermore, sometimes pregnancies occur accidentally despite careful planning. Understanding the pros and cons of different age gaps can help you make an informed, planned decision as best you can, so that you can grow your family in a way that is best for you. 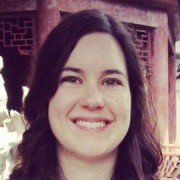