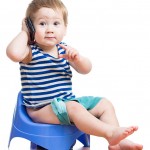 When our four month old son stopped sleeping for 4 hour stretches at nighttime, friends of mine told me that it was just a phase. A sleep regression due to major growth, they said. I listened and rolled my eyes a bit, but hoped that they were right. Soon enough, my son was back to his old sleeping habits.

When our eighteen month old took to a biting fixation, my babysitter told me that it was just a phase. An oral fixation and sensory issue that wouldn’t be a big deal if we gently corrected him. I listened to her, but silently freaked out for a few weeks thinking that I had a big bully baby on my hands. Obviously he would never make any friends and I would be judged for my parenting choices forever. Soon enough, the biting stopped and the playground moms did not judge me.

When our 3 year old started waking up at nighttime, afraid for no reason, my mom told me that it was just a phase. He would be just fine, and we just needed to ride it out with love and compassion. I listened but whispered to my husband at 3am that I really didn’t know if we would ever all go back to sleeping like normal people. Soon enough, the nighttime waking stopped, never to return.

When our 4 year old suddenly started testing boundaries and becoming a bit of a sassy-pants, my husband said that it was just a phase. Testing his limits and exploring his independence, and that I just had to keep on keeping on. I listened, but rolled my eyes because I’m the one home all day with our son and surely my husband has no idea how hard it is to actively parent a sassy-pants preschooler all the live-long day. Soon enough, though, our boundaries were re-established and we are back to listening and obeying.

Mamas and Daddies, I have come to realize that parenting is full of difficult stuff and really awesome stuff. My parenting experience has been a bunch of phases, all shoved together to form our life as a family of three. This line of thinking has helped me put one foot in front of the other during difficult times, knowing that there is an end in sight. It has also helped me to stay for one extra story at bedtime and enjoying it even more, knowing that there is an end in sight.

I have found that knowing that things are just a phase, a short moment in time, extends my patience and increases my fuse on frustrating days. Try it out. Think of a phase that you thought you might never get through, but you did. Pat yourself on the back for making it out and remember that the next time that your kindergartener disobeys you for the third time that day. 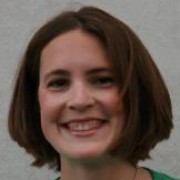