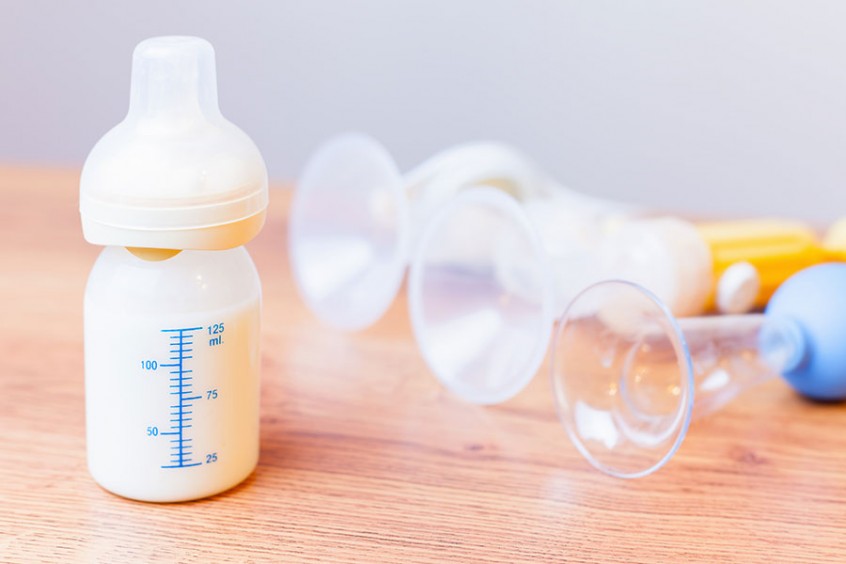 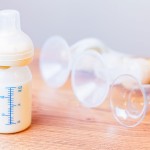 When I was pregnant with my first child, I just assumed I’d breastfeed. Everyone breastfeeds right? So obviously that’s what I would do too. I bought a breastfeeding pillow and nipple cream. I also bought an expensive breast pump and milk storage bags because that’s what everyone said I should do. Looking back, I had absolutely no idea what I was doing and nothing EVER could have prepared me for the challenges breastfeeding would bring. To make a long story short, about two weeks after my daughter was born, I gave up on the idea of breastfeeding and decided I would move to exclusively pumping. In theory, it sounded very reasonable – my daughter would still get the nutritious, healthy breast milk, my husband could now participate in the feeding process and I would not be a failure of a mother riddled with guilt and shame. What a great arrangement!

Six months later, I cheered with glee as a packed my breast pump up and put it in storage. I told myself I would pump for six months and I happily quit at exactly six months to the day. Exclusively pumping is difficult. Although I have nothing to compare this to, I would venture to say it’s actually more difficult than breastfeeding. Anyone who finds themselves exclusively pumping, whether by choice or default, should probably know exactly what it entails.

Time Pumping. Looking back, I would give anything to get back the HOURS and HOURS I spent hooked up to my breast pump. HOURS… To be fair, I was never blessed with an ample milk supply, so a regular pumping session for me lasted about 45 minutes. That happened four to five times a day. And it’s difficult to accomplish anything of value while hooked up to a breast pump. I made my own pumping bra that held the cups in place so I could use my hands during the sessions, but it still wasn’t quality time. Then after you pump, you still have to feed your baby. That can take another hour…

Cleaning and Storing. In addition to the time spent actually pumping, you’ll need to allot yourself enough time to properly clean your equipment and store your freshly pumped milk. I found that certain bags worked better than others. You’ll also need ample room in your fridge or freezer to store any milk you won’t be using right away. My husband drew the line when his entire beer shelf had been taken over by bagged breast milk. I had to move the operation to our secondary fridge in the basement.

Lack of Emotional Attachment. One of the many benefits of breastfeeding is the deep emotional bond it establishes between mother and child. Unfortunately, with exclusively pumping, no such emotional bond exists. Yes, I often sat my daughter next to me while I was pumping, and that gave us some quality time together, but it wasn’t the same, and that wasn’t actual quality time. No, I spent those six months in a committed relationship with my breast pump, not my daughter.

The Routine. For the first six months of my daughter’s life, every day kind of looked the same. Wake up, pump, feed. Pump, feed. Pump, feed. Put my daughter to bed, pump, sleep. It wasn’t at all the way I pictured it going, and there wasn’t a lot of room for flexibility. I couldn’t really skip a pumping session because of the physical pain and out of fear it would reduce my supply. And since I really only felt comfortable pumping at home, I found the whole situation very limiting.

Having said all that, I’m extremely proud of the fact I was able to follow through with my commitment to provide my daughter breast milk for the first six months of her life. In theory, it will make her stronger, healthier, and smarter later on down the road.

PS – I started formula feeding my son at three weeks old and I can’t tell any difference between my two children in terms of strength, health, or intellect. I will say that those early months spent with my son were much better than the early months I spent with my daughter. Bottom line, if exclusively pumping gets in the way of your happiness with your children, it’s ok to stop.