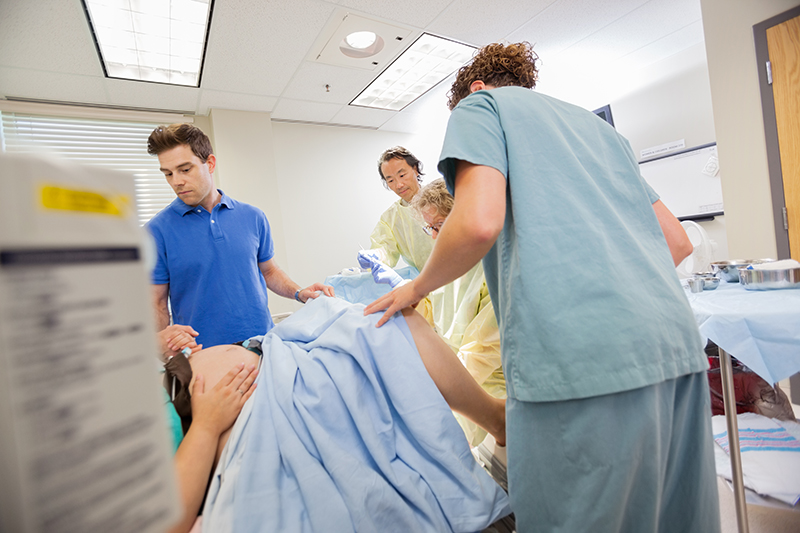 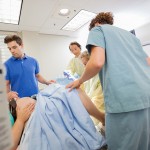 When I was pregnant with my first child, I spent hours and hours worrying, researching, and obsessing over just how much giving birth was going to hurt and if I could handle the pain. Unlike a lot of life experiences, like getting a splinter or scraping a knee, first time moms have absolutely NOTHING to compare child birth to, making the unknown fairly terrifying. I’m not going to lie, I was petrified of the pain I assumed I was going to feel, and when I spoke to other moms, I always asked about their birth experiences and how much they thought it hurt. Now that I have two children of my own, making me an old pro by my standards, I have a much more informed perception of what childbirth actually feels like. When I’m talking to first time moms, I empathize with that familiar look of fear when they quietly whisper, “How much does it really hurt?”

In the spirit of full disclosure, let me say that my opinions regarding the pain associated with childbirth are based on my own blissfully, medically-assisted, experiences. I have a tremendous amount of respect for women who choose natural childbirth. However, I was not, nor did I ever want to be, one of those women. For me it was never a question of whether I wanted an epidural, but how quickly could I get one. While a lot of legitimate medical debate surrounds the pros and cons of epidurals, I was comfortable with my unwavering decision to get one, and I firmly believe that moms should be comfortable with their childbirth choices. My opinions also only apply to vaginal childbirth, as I’ve never had a caesarian section.

So does childbirth hurt? Yes. Was it the worst physical pain I’ve ever experienced? Yes. Was it unbearable? Not really.

With my first child, I was induced during week 38 due to high blood pressure and low amniotic fluid. 14 hours of labor and an hour and half of pushing, I can confidently say that giving birth to my daughter is the hardest physical challenge I’ve ever endured. The induction itself was far more painful than the birth. Having regulated contractions every two minutes for several hours was nothing short of awful. Getting to the point where they would give me an epidural was excruciating. It was not one of those joyous events that moms envision when they think about the birth of their children. However, once I got the epidural, the whole day become much more pleasant, and while the actual birth itself was uncomfortable, it wasn’t actually painful. There was no yelling or screaming. The loudest sound in the delivery room was the music coming from my iPod. Obviously I was extremely sore afterwards, both from the birth and the stitches, but the pain of the birth was nothing compared to the pain I felt during those induction contractions.

Having said that, the birth of my son was a much more enjoyable, dare I say “fun” experience. I dreaded giving birth the second time around, as I felt emotionally scarred from the previous induction. Fortunately for me, the two births could not have been more different. With my second child I went into labor on my own at 40 weeks. Not knowing anything other than 14 hours of exhausting labor, I insisted on laboring at home for as long as possible. If I was going to be miserable, I wanted to be miserable at home. In between the contractions I unloaded the dishwasher, folded some laundry and picked up scattered toys. Finally, my husband announced that he had had enough and we were going to the hospital, although I probably could have held out another hour. The contractions were intense, but not nearly as unmanageable as the ones I experienced during my induction with my first child. Within twenty minutes of arriving at the hospital, I got an epidural, which made everything much more relaxing. With the epidural, I felt a lot of pressure but not any actual pain in the traditional sense. Three hours later, after three strong pushes, my son was born. It went so quickly, I never even got a chance to start the playlist I created on my iPod.

When soon-to-be moms ask me how much childbirth hurts, all I can really tell them is every experience is different. While I had very positive births with both my epidurals, I know plenty of women who had very negative experiences with them. I know moms that planned on completely natural childbirths and ended up with c-sections. You don’t actually know what’s going to happen with your birth until you’re in the middle of it. All I can say is that the pain wasn’t nearly as bad as I thought it was going to be, and I don’t know anyone who, after it was over, said it wasn’t worth it.