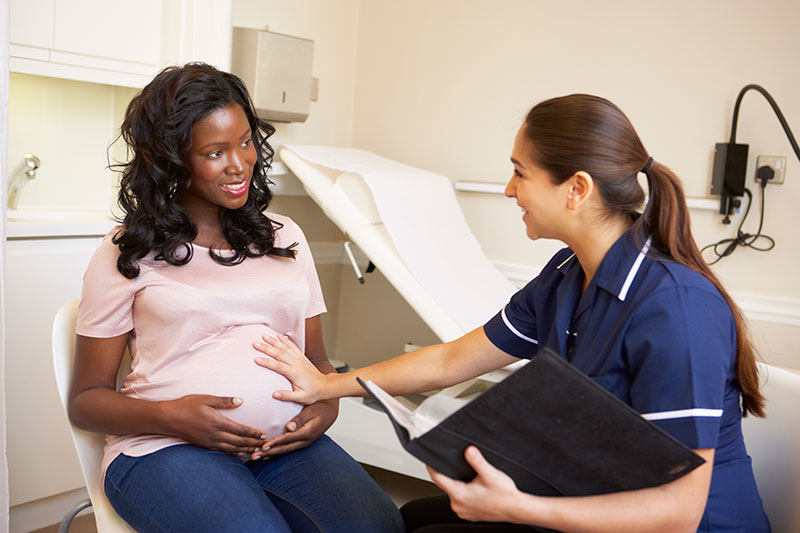 As expecting mothers begin to prepare for the big delivery day, the concept of a birth plan will inevitably come up. What is a birth plan? Do you need one? What is it supposed to include? Personally, I had given absolutely no thought to a birth plan when I was pregnant with my first child. I didn’t even know what a birth plan did or was supposed to say.

About six months into my pregnancy, when someone asked me if I had my birth plan finalized and ready to go, I casually responded, “Yep, all my movies and music are downloaded to my iPod.” At that moment my birth plan consisted of the movies I wanted to watch in the hospital and the music I wanted to listen to during delivery. And nothing more… When the person laughed and said, “No, seriously, what’s your birthing plan?” I said, “Well… so far that’s it.” This exchange clearly tipped my hand that I didn’t have a birthing plan, and I didn’t exactly know what one was either. She seemed overly annoyed when I calmly said, “We’ll just wing it.”

Luckily for me, this conversation took place at a party surrounded by women who had all recently given birth, and the debate over the validity of a birth plan began.

One of my friends said the concept of a birthing plan was absurd. When I go into labor, I show up at the hospital, I decide whether I want an epidural or not, and the doctors will do the rest. There aren’t a lot of decisions to be made, and I should really defer to the doctors and nurses because they are, after all, medical professionals and the experts. I didn’t go to medical school, and I had never delivered a baby before, so what did I know about what’s best for me during this process? She said the only things birthing plans deliver are frustration and disappointment. Plus, she had an emergency C-section, so anything she may have thought she wanted out of delivery wouldn’t have happened in the end anyway.

Obviously, this theory was met with mixed responses, and a little bit of outrage. One friend had her birth plan detailed out to the very last picture frame placed in the birthing suite. And while she admitted that not everything went exactly as she dictated in her birthing plan (1) she felt better and more prepared having thought through the entire process in the first place which made her more calm during delivery and (2) she was reassured knowing she had discussed her birthing plan with the doctor and nurses so they could tailor her delivery more towards her wishes for as natural a birth as possible under the circumstances.

One friend even ended up switching doctors during the 8th month of pregnancy because she and her doctor just couldn’t come to terms on her birthing plan. She left the practice for a doctor who better understood her viewpoint and agreed to let her husband “call the shots” in the delivery room, as she put it.
So should you have a birth plan?

I didn’t have birth plans with either of my children, aside from the music and movies, and at no point did I feel like the process was out of my hands. When the doctor wanted to break my water to speed the process along, and I said no, my decision was honored and we waited. When a nurse insisted “we can push this baby out now with no epidural,” I refused, and once I received the epidural, we began pushing. But I also know many women who felt they completely lost control over their births and constantly felt like their doctors weren’t listening to them. I know several mother’s who went in insisting on natural births, were pressured into epidurals early on, and then forced into C-sections when the labor didn’t progress. I would imagine having a birth plan, and discussing it with your doctor a head of time, would be extremely helpful in those instances.

Birth plans are excellent tools to help you think through how you want your delivery to go. They can help mentally prepare you for the experience, which can be very calming during such an emotional time. They can also help establish clear lines of communication between you and your doctor, which can be critical throughout your pregnancy. However, birth plans should always include an element of flexibility that acknowledges that deliveries can be complicated, and despite the plan’s best intentions, the actual experience may be very different.
Or you can be like me and just wing it.