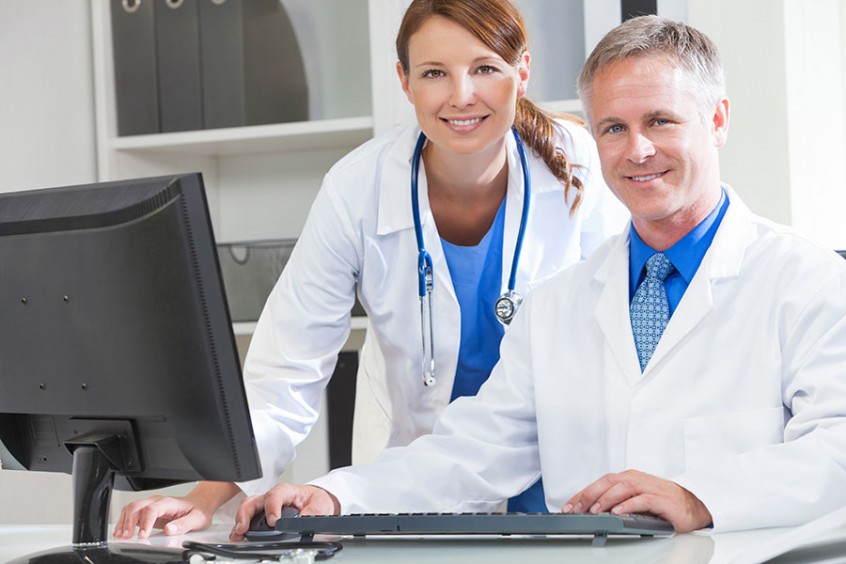 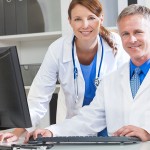 When I first started my search for an OBGYN physician, I was pretty set on finding a female doctor. So much of choosing an OBGYN is simply personal preference anyway, and all other medical care quality factors being equal, I felt I would just be more comfortable with a female OBGYN practitioner. However, after exhaustively researching the doctors in my area, it became abundantly clear that choosing an OBGYN female doctor, or female practice for that matter, was going to be more difficult than I had originally anticipated. I only found one female-only practice in my area. My sister in law is a patient at that practice, and she felt their quality of care just wasn’t what it could be. And getting an appointment as a new patient with a solo female OBGYN physician in my area came with up to a three month waiting period…

So when I found myself six weeks pregnant without an OBGYN of any kind, I decided compromises had to be made… and quickly…. Based on several fabulous recommendations from coworkers and friends, I picked a practice comprised of 3 male and 3 female doctors. On my first visit, it was explained to me that the policy of the practice was that I would see all the doctors throughout my pregnancy appointments and whoever happened to be on duty when I went into labor was who would deliver my baby. It sounded a little impersonal, but I could live with it. When I set up my first appointment, I asked to see one of the female doctors.

There’s a lot of debate about who makes a better OBGYN physician. The logic tends to cut both ways. Some women believe men make better OBGYNs, arguing that the fact men have never actually experienced pregnancy or child birth makes them more compassionate and sympathetic to their patients. After seeing all six doctors in my practice, I can say without a doubt that the most compassionate doctors of the bunch, who always seem genuinely concerned about both my physical and emotional well being, were the male doctors. Some women feel that female OBGYNs can be less sympathetic to pregnant patients because these doctors have likely been through the pregnancy experience themselves and therefore don’t feel the need overcompensate with compassion the way male doctors can. The female doctors were pregnant and they got through it so the rest of us should be able to as well.

However, I experienced the exact opposite of that at most of my prenatal checkups. Not only did my female doctors tell me comforting stories of her own pregnancies, when I mentioned that one of the males doctors recommended Mylanta for my heart burn, which consequently caused me to have terrible diarrhea, the female doctored laughed and said “Oh that Doctor W… He’s never been pregnant before….I know the text books all say Mylanta is fine, but anyone who’s ever been pregnant knows better.” There’s something to be said for having a doctor who’s been through the exact same experience you’re going through.