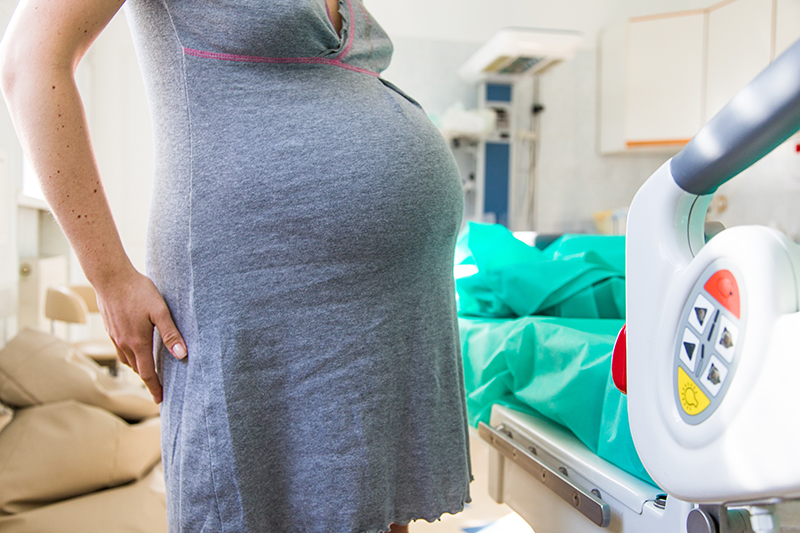 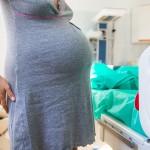 It’s show time! Your water broke and you are experiencing labor pains. You are excited and nervous.

Off to the hospital you go or to the birthing center or to the room where you are going to have a home birth. Everyone and everything is in place.

Is it supposed to take this long?

Is it supposed to hurt this badly?

No two women are alike. One friend may tell you giving birth was a piece of cake, no worse than having a bowel movement. Another will swear it was the vilest thing she’d ever endured.

Why It Hurts
The labor and delivery process is painful for most because the body is opening and altering in order to deliver the baby, which is normal and necessary, but not pleasant.

Muscles are working overtime to expel the baby. When a laboring mother is able to relax her muscles, which is easier said than done, instead of fighting against the contractions and tensing up, this lessens pain.

Supine Position
In the United States, women generally labor and deliver while lying on their back, which is called the lithotomy position. Doctors like this position because it gives them easier access to the mother, however it may not be the preferred position for the mother.

Drawbacks
Lying on the back can put unnecessary strain on the perineum, increasing the chance of it tearing, as well as narrow the pelvic outlet, curtail the woman’s movement, put weight on the tailbone, heighten discomfort, work against gravity, increase the length of the pushing stage, and boost the chance of fetal mal-presentation, which means the presentation of the fetus other than the head during parturition (giving birth.)

When in the supine position, this can restrict blood flow to the infant because the main blood vessels in the woman’s vena cava are compressed, increasing the risk of fetal distress.

Yet this is the favored childbirth position in the United States, reportedly the only industrialized nation opting for this approach to childbirth.

The Benefits of Squatting
The squatting position during labor and delivery is not strongly promoted in America although those who have used this method say it shortens the pushing phase (second stage) of labor, lessens the need for a episiotomy, decreases the need for vacuum or forceps deliveries, works with rather than against gravity, increases pelvic diameter significantly and shortens the depth of the birth canal.

When squatting, the uterus and pelvis tilt forward, putting the baby in proper position for birth. Contractions are stimulated and strengthened while there is less pressure on the back. Additionally, the pelvic floor muscles stretches and relaxes when in this position.

Some birthing pros instruct women not to squat during the first stage of labor because they believe this position closes the inlet of the pelvis and hampers the infant’s progress. They recommend assuming the squatting position when the urge to push strikes.

According to the Mayo Clinic, the mother can push while squatting, kneeling, sitting or on her hands and knees.

If you think you would like to try this position, practice squatting before going into labor, which strengthens your legs. Americans do not routinely squat when talking to someone or while doing business, as is customary in other countries, so American laboring mothers may find this position unfamiliar and uncomfortable and are unable to maintain it for a long period of time. That’s why you should practice squatting beforehand.

Considerations
Squatting has been linked to higher rates of perineal tearing according to some research studies but that may be due to the positioning. (The perineum is located between the anus and vaginal opening.) However, another study found no increased risk of extensive tears with the squatting position.

Do not squat with your weight on your toes, calves and thighs because this tightens the perineum and vagina. Squat so your weight is on your heels.

Moreover, when delivering from a squatting position the doctor or birthing attendant may not be able to sufficiently support the tissues, preventing a rapid birth. Quicker delivers are often the result of squatting, which is good but it also lessens the time maternal tissues have to stretch.

Squatting Bar
Ask the hospital or your midwife if you can use a squatting bar, which the woman grabs and uses to lift herself up into a squatting position. The bar supports the woman while pushing. Some women like to squat in a tub of water or even give birth in water.

Epidural and Squatting
If the laboring women receives an epidural, her legs are numb so employing the squatting position is out of the question but she can squat before she gets the epidural.

Birthing Chairs
In the 18th century, birthing chairs became all the rage. A semi-circle was cut out of the seat of the chair. The woman sat on the chair and was in a squatting position, which allowed gravity to bring the baby down into the proper position as well as opened up the pelvis and enabled the woman to push more powerfully. Some women still use this method today. Ask your midwife or physician about using a squatting stool.

Birthing Ball
A birthing ball can be used in various way while a woman labors. She can lean over the ball, sit on it and rock the ball during contractions, which aids the baby in moving down the pelvis. The ball provides support allowing the woman to remain mobile rather than lying in bed.
Good luck on this adventure! Advocate for yourself and your baby.