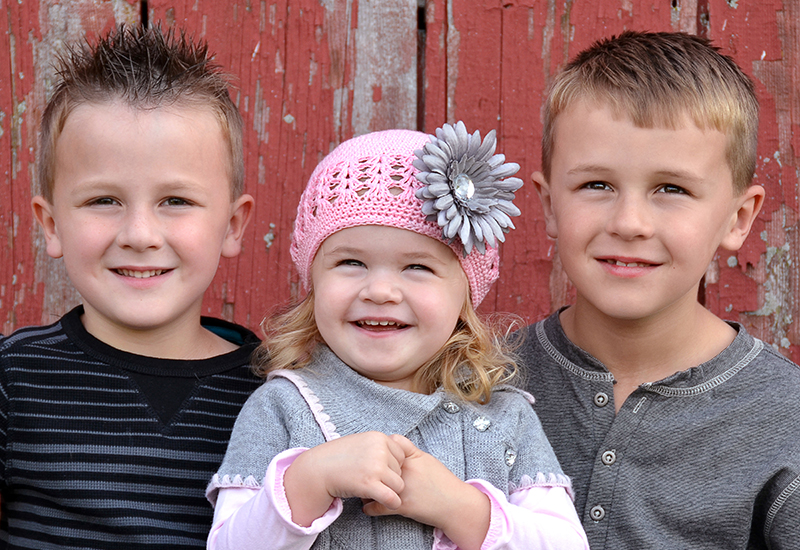 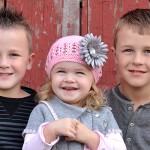 Some women intentionally have their babies close together, bunching them up. The mom’s age may be a cause in making this choice. If she’s in her mid-thirties or older, time is of the essence, the infernal biological clock is ticking. If she wants more than one child, she needs to do it now!

Other women do not intentionally have their babies close together. This is the ‘oops’ factor.

I know a woman who is precisely nine months younger than her sister. The mother of these women obviously engaged in sex immediately after giving birth and got pregnant, again. The father, who tangoed with her, couldn’t wait … two weeks?
I wonder if the woman willingly ‘submitted’ or succumbed under pressure from a man who clearly didn’t appreciate the rigors of pregnancy and childbirth and what it does to a woman’s body. Perhaps it amounted to mutual post-baby passion, if there is such a thing.

Call me crazy, but the last thing on earth I wanted to do after giving birth was jump in the hay with my husband. Maybe I’m in the minority but the women I know who have just given birth are so engrossed in the baby, sex is the furthest thing from their mind.

The Aftermath of Birth

Whether a woman has given birth vaginally or via a C-section there is ‘stuff’ to deal with in the aftermath: Torn perineum, hemorrhoids, abdominal incision, vaginal bleeding, leaking and tender breasts, sleep-deprivation and, sometimes, depression and anxiety, which do not, typically, lend themselves to romantic boudoir notions.

Sorry guys but if you had just excreted the equivalent of a bowling ball from your genitals you, too, would need some time off.

When babies are born too closely, it is likely the second infant will be born before 37 weeks of gestation, which is considered a pre-term birth, because a short inter-pregnancy period increases the chance for pre-term birth. The ‘optimal’ spacing of children is 18 months or more.

In addition to the risk of delivering the second (or third or fourth) child pre-term, is the effect back-to-back pregnancies has on the mother. When having consecutive pregnancies the body does not have time to heal and recoup lost nutrients, including folate and iron, which can be depleted as a result of pregnancy and breastfeeding. When this happens, it is called ‘maternal depletion syndrome.’

The United Nations Fund for Population (UNFPA) summarizes back-to-back babies as “Too young, too old, too many and too close,” which contributes to nutritional depletion of the mother. When a woman is chronically under-nourished it can have lifelong results, including the hastening of aging and earlier death.

When insufficient in essential nutrients this puts a woman in peril of anemia and suffering complications such as a uterine rupture. The uterine muscles become less taut after several births. It is imperative the uterine muscles contract after delivery, because this prevents bleeding. When the muscles cannot effectually contract this can lead to postpartum hemorrhage.

Bunching By Choice and Not By Default

When women purposely bunch up their babies, it is their choice, which may positively affect the outcome. Although never fully prepared for that second (or third) baby and the inherent ramifications until you are in the midst of it, the woman and her partner choose this and realized going in it was going to be rough sailing, but both were willing to bite the bullet and do it.

Maribeth (who is a teacher) says: My girls are 18 months apart. Someone a while back summed it up pretty well. She told me we were knee deep in it. (Actually she didn’t use “it” but I will let you use your imagination,) it was survival, knee deep in emotion and mess but the good news was we didn’t know the difference. We didn’t know otherwise. She said years from now, we would look back and wonder how we made it. My mind sounds like this most days…. $b7bek^w*b¥@d!
On the other hand, the woman who inadvertently has two or three children close together, may not be a happy camper and resent babies she hadn’t wanted or planned on.

Benefits and Cons of Bunching

Many mothers who had children close together say, yes, it was challenging and zany and no one got any sleep for two years but they are glad they did it and are especially happy about the closeness their “Irish twins” experience as a result.

Mindy Jo (who works part-time from home) says: Our girls are 16 months apart. It just is what it is. We only know not having kids versus having kids. Things are always crazy! My hands are always full. Someone is always falling and probably crying. There’s always a diaper that needs changed, a boo boo to kiss and a fight to break up, a nap that needs to be taken (a blanket/binkie missing to take to said nap) a sippy cup needs filled, a meal/snack to be served and usually an art project that is half finished … But they are so damn CUTE!

Others are not proponents of back-to-back births and warn, from experience, do not do it. It is exhausting and some mothers fear they were, or are, so snowed under they weren’t, or aren’t capable of giving sufficient attention to each child.

Although initially a derogatory expression associated with Irish Catholics who immigrated to the U.S. in the 1800s and had back-to-back babies, “Irish twins” is no longer intended as insulting but simply a description of siblings born in the same calendar year or within 12 months of each other.

Since most women can control the spacing of children via birth control or post-partum abstinence (additionally, breast-feeding helps ward off ovulation and the menses and the likelihood of a back-to-back pregnancy) the choice is yours.

** A new term called “Baby bunching” – think Tori Spelling – was coined by Linda Kerr, who is writing a book on ‘Baby Bunching’ with coauthor Cara Fox.