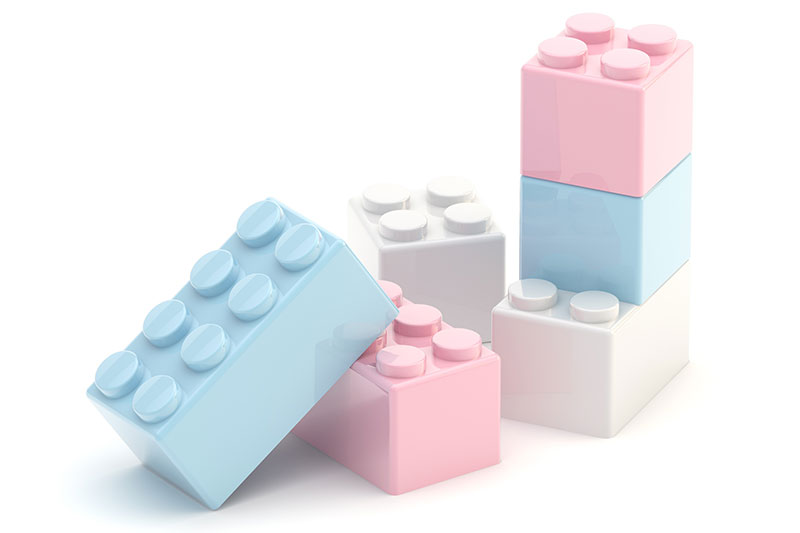 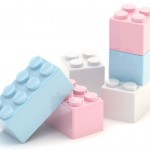 Before I had children, I always thought those stereotypes about boys and girls were manufactured by society – that children were born blank slates and they only developed into gender roles because we, as a society, cultivate those personalities. Now that I have two children, a boy and a girl, I’m starting to rethink that concept. My children couldn’t live up to gender stereotypes more perfectly if I consciously tried to make it happen. So how did my kids become “such a girl” and “such a boy”?

Priding myself on being a progressive, successful, sometimes-rule-breaking woman, when I found out I was pregnant with my daughter, I was determined to buck all gender notions. I bought “scientific” baby toys – no dolls for us! Her newborn layette consisted of royal blues, blacks, and reds. My husband finally had to draw the line when I insisted on putting “No Pink Please” on my baby shower invitations. Yep, I was going to raise a daughter that challenged gender roles and forged her own path.

And somehow I ended up with the pinkest, tea-party-hosting, baby-doll-carrying, has to change her clothes three times before finding the right outfit for school, girly girl. And you wouldn’t believe her shoe collection… She’s even afraid of bugs, despite my constant assurance that “bugs are our friends” and that we should love bugs. Clearly she didn’t turn out quite the way I had envisioned.

Then I had my son. Determined to raise a smart, emotionally intelligent, gentleman, I refused to buy into all the notions of typical male masculinity. Instead of trucks or sports or pirates for his nursery, we went with the very gender neutral ocean theme. Since I had accumulated so many “girl toys” over the last four years, I figured my son would benefit from exposure to dolls and princesses, so those were his toys for the first year. I figured with enough stereotypically “feminine” influence, he’d probably turn out with a very similar personality to my daughter.

I guess my vision sort of came true. My son loves books – he loves to rip the pages out and eat the bindings. And he loves my daughter’s princess castle – he loves to rip the doors off and throw the princesses in the toilet to watch them swim. While my daughter has always detested having her hands dirty, my son can’t seem to function properly without a film of dirt and food covering his entire body. He loves dinosaurs, trucks, and balls. For Christmas I told people just to give him sticks and rocks…

So how did this happen? I purposefully set out to raise my children defying all gender notions and conformities and yet I ended up with an “all girl” and an “all boy”. Did my subconscious instincts over power my conscious desires to raise gender neutral children or is there something biological about gender stereotypes? Does it have something to do with the differences between first and second children? Or are these just their true personalities, and regardless of what I did to mold them, they’ve become exactly who they were meant to be?

Did your children fall into traditional gender roles, even at a young age? Do you think society has a large say in shaping a child’s early personality or are they born with distinct personalities, some that happen to conform to gender stereotypes?